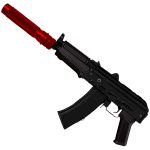 An IR LED with a low Angle of half intensity ϕ is suitable as an IR emitter source. Without a lens, the IR LED will have very short range and a wide transmission angle (like a TV remote).  It is necessary to choose the right combination of lens, its diameter, and focal length with respect
Read More

Caustic project is a full-featured outdoor and indoor wireless lasertag system. It consists of principial schemes, PCBs and firmware for devices used in lasertag game. For now, system consists of: Player’s gun Player’s sensor to detect shoots Smart control point for ‘capture the point’ game and some other things Bluetooth bridge that provide interconnection between
Read More

Christopher Malton – April 2011This document aims to provide a complete reference to the MilesTag 2 protocol, as the documentation on the LaserTagParts website is sketchy at best. It covers all of the protocol in common use and supported in the stock MilesTag.
Read More 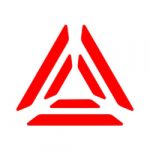