This device is a simple sensor modulated IR broadcast. Its construction is very easy if a universal PCB is used. It can also be built by loosely bonding components. The principle of the device lies in the fact that the LED goes out for a short moment when capturing the modulated IR signal. It is
Read More 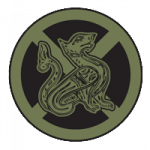 pohanskypes.cz A pagan dog is one of the largest Czech military-paintball teams with a long and rich tradition, which was created during the year 2002, with a single command and internal structure from the year 2005. The club organizes several events every year in which we strive to introduce the game elements leading to the
Read More 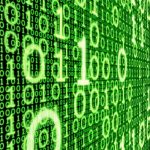 actiontag.co.uk We are developing, manufacturing and selling laser tag equipment from 2004. For many features we were pioneers – such as wireless headbands and PC interface. This year we decided to combine our twelve years’ experience and skill with several independent laser tag manufacturers to bring you an ultimate rental laser tag system – a
Read More

www.redray.it Thanks to his skills as engineer and ex- softgunner, the IREvolution LEGION association’s President, the first Italian LaserTag club, together with a group of friends, founded the RED RAY. Red Ray is a company dedicated to the production of Laser Tag integrated systems, participating and winning “TECHFRAME” in 2009, issued by the Scientific and
Read More

www.valecnazona.cz Valecna Zona – This is a world full of good fun, incredible Laser Tag experiences, in which, apart from spending time together with family or friends, you can momentarily become the hero of your surroundings. It’s a move with a nice dose of adrenaline, when you are released a gigantic amount of endorphins. Complete
Read More

lasertaglsd.ru Our activity consists in development and manufacture of the equipment intended for military-sports game laser. "LSD Electronics" Company has been on the market for more than 5 years, during this time we have gained considerable experience in designing and producing laser systems of different generations. The development of equipment for such a high-tech game
Read More 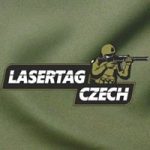 www.lasertagczech.cz We are a bunch of enthusiasts, for which it is not LaserTag just work, but especially fun. The beginnings of LaserTag were associated with our efforts to find such an activity that all members of the family could take part in. We wanted our son, an enthusiastic PC gaming player, to "pick up" from
Read More

laserwar.ru Our equipment is used in more than 900 clubs on the territory of Russia, CIS countries and abroad. We have a full cycle of production of laser equipment: from printed circuit boards to dough of finished product. That is why we constantly develop our platform, offer new and new possibilities. At the same time
Read More